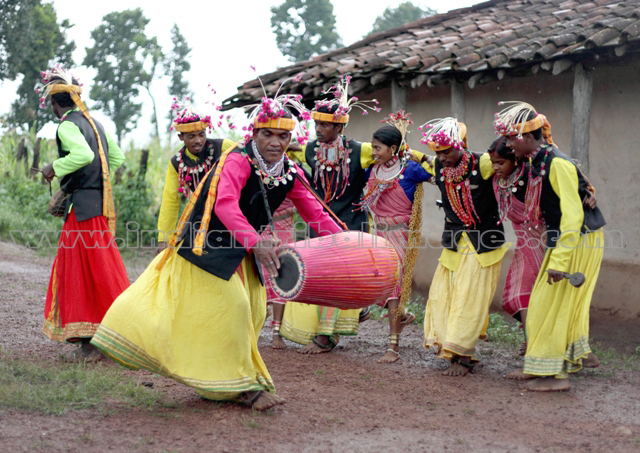 Baiga Tribe - Madhya Pradesh -Traditional tribal dance . Dance, as we know is probably the most articulate form of human expression. And from thousands of years, Dance has been an integral part of tribal culture in India. During festivals, religious occasion and even for entertainment certain tribes perform their unique dance. They respect the tradition of dance and it has been passing on as it is generations after generations without any formal training.Each tribe has its own dancing style; many of them are performed by a group. The music and beats accompanying these dances is also traditional and created by them.